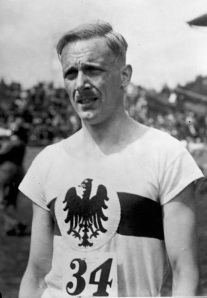 This is an ongoing collection of interesting and helpful online resources for anyone studying the Weimar Republic. All recommendations welcome.

Online periodicals: an alphabetical list of digitized journals and newspapers available in the public domain.

General information:
German History in Documents and Images (GHDI): German History in Documents and Images (GHDI) is a comprehensive collection of primary source material documenting Germany’s political, social, and cultural history from 1500 to the present, created by the German Historical Institute in Washington, D.C. in cooperation with the Bildarchiv Preußischer Kulturbesitz, and IEG-MAPS (Institute for European History, Mainz). It comprises original German texts, all of which are accompanied by new English translations, and a wide range of visual imagery, including maps. The section on Weimar Germany has been curated by Eric Weitz and Eric Roubinek and is divided into 14 categories, including Politics, Economics and Society, Architecture and Urban Life, and Bodies and Sex.

100 Key Documents of German History: with support of the Ministry of the Interior, the University of Erlangen-Nuremberg has compiled an online archive for the 100 key documents reflecting German history of the 20th century, including Hindenburg’s testimony before the Parliamentary Investigatory Committee (“The Stab in the Back“), manifestos and programs of various political parties and Karl Mannheim’s influential essay Das Problem der Generationen. All documents are available as scans of their original format.

Weimar Election Results: this privately-run website offers a meticulously maintained chronic of all election results of the Weimar Republic from national level to the Länder (Prussia, Bavaria, etc.).

Facts about Germany: 1919-1933: a page with facts and information on German history, produced in cooperation with the Federal Foreign Office.

The History Faculty: Weimar Germany: In this online lecture, Moritz Foellmer gives an in-depth introduction to the complex history of the Weimar Republic. This webinar is a perfect resource for undergraduate students from one of the leading experts on Weimar Germany.

Specialized websites:
Bauhaus Online: the Bauhaus Archive Berlin, the Weimar Classic Foundation and the Bauhaus Dessau Foundation have created an online resource ‘for Bauhaus connoisseurs and enthusiasts’, offering a detailed (and appropriately well-presented) historical reference book, a magazine about the current impact of the famous design school and a calendar of Bauhaus-related events in Europe.

Expressionists Online: German Literary Expressionism Online is a fully searchable database of 40,000 articles from 151 journals, magazines and anthologies from the Expressionist period, including key texts by Hugo Ball, Johannes R. Becher, Gottfried Benn, Georg Heym, Klabund, Else Lasker-Schüler, Georg Trakl and Franz Werfel. The archive can be accessed (amongst others) via the webpage of the Staatsbibliothek Berlin.

Important periodicals:
Vossische Zeitung online: the Staatsbibliothek Berlin offers a digitized, fully searchable archive of the Vossische Zeitung, charting the whole development of the Weimar Republic: ‘The Vossische Zeitung is one of the most outstanding sources for the study of political reporting and public opinion in Germany. The Vossische Zeitung Online 1918 – 1934 database contains every issue of the Berlin daily newspaper from the end of World War I to the beginning of the “Third Reich” with all of the newspaper’s coverage and commentaries on the political, social and cultural events of that epoch.’ To access this resource, you have to log into the catalogue of the Staatsbibliothek as a registered user.

Die Weltbühne online: the entire back catalogue (1918-1933) of Die Weltbühne, one of the most important forums for leftist intellectuals in the Weimar Republic, has been uploaded to the Internet Archive. It can be viewed online or downloaded as PDF under the Creative Commons licence.

Das Tage-Buch online: Das Tage-Buch, founded by Stephan Grossmann, was one of the most important intellectual magazine of the Weimar Republic, with articles, poems and stories by authors like E. E. Kisch, Bertolt Brecht and Erich Kästner. The volumes 1920-26 (when Grossmann resigned as editor) are available online on the Internet Archive.

Illustrated Magazines Online: an amazing collection of some of the most important mainstream magazines of the Weimar era, including Der Querschnitt and UHU: ‘Ten of the most important German-language magazines of the period with roughly 650 issues, with 75,000 printed pages and more than 50,000 illustrations have for the first time been compiled virtually and made available to both researchers as well as to readers interested in cultural history.’

Satire and Art Magazines Online: the University of Heidelberg has digitized over 50 German and French art and satire magazines from its collections. The material dates from the 19th to the early part of the 20th century, including PAN, Jugend, Deutsche Kunst und Dekoration, Der Kunstwart, Die Form, Kladderadatsch, Ulk and Le Fifre.

Simplicissimus and Jugend online: the satirical magazine Simpicissimus (1896-1945) and the cultural magazine Jugend (1896-1940) have been digitalized by a DFG-funded research group including the Literaturarchiv Marbach and the Klassik Stiftung Weimar.

Digital History websites:
Deutsche Digitale Bibliothek: financed by the Federal Government, by the states and by local authorities, the DDB offers ‘everyone unrestricted access to Germany’s cultural and scientific heritage, that is, access to millions of books, archived items, images, sculptures, pieces of music and other sound documents, as well as films and scores, from all over Germany.’

Europeana – the Digital Library of Europe: Europeana is the gateway to the collections of Europe’s national libraries and most important research archives, universities and cultural institutions. It hosts millions of books, paintings, films, museum objects and archival records that have been digitised throughout Europe, with special sites for the history of the First World War (Europeana 1914-1918), European newspapers (Europeana Newspapers) and an one-stop access point for 48 national libraries (The European Library).

Digital Picture Archives of the Federal Archives: the Federal Archive’s vast image database is accessible online and includes thousands of photographs and posters from 1918-1933. Most of the material is free to use for academics and many images are also accessible freely on Wikimedia Commons. The images used on this websites are all from this collection.

The European Film Gateway is a single access point to films, images and texts from selected collections of 24 film archives across Europe: ‘The EFG Portal gives you quick access to hundreds of thousands of film historical documents as preserved in European film archives and cinémathèques: photos, posters, programmes, periodicals, censorship documents, rare feature and documentary films, newsreels and other materials.’

History Workshop Online: History Workshop Online is a forum, laboratory, and virtual coffeehouse devoted to the practice of radical history. Launched in 2011 by the editorial collective of History Workshop Journal, it offers debates, reflections, tools, and resources for anyone interested in connecting historical research with present-day politics, whether through engagement with public history, social history, the history of sexuality and gender, or intimate histories of everyday life.

Digital Tools for Historians: there are some online tools that can help the historian with analyzing large bodies of texts: The Voyant website is a very simple tool, where the user uploads texts or pastes them right into a textbox. It is also possible to use URLs (of online journals, for example). The program will count the frequency of unique words in the text and also supply a visual representation in the form of a tag cloud. The Google Ngram Viewer is a very powerful, if somewhat crude, program that trawls through Google’s vast digital library (20 million books and counting), producing a graph charting the popularity of user-defined words through the ages (1800 – 2008). There are also various podcasts and online workshops on digital tools for historians on the Institute of Historical Research‘s History SPOT website.