New book on the history of Anarchism

Posted on February 16, 2017 | Comments Off on New book on the history of Anarchism 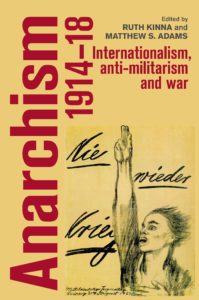 This new volume edited by Matthew S. Adams and Ruth Kinna sheds some much-needed light on the history of the Anarchist movement and its response to WWI: “Considerable research has been inspired by the failure of the mainstream European socialist movement to prevent hostilities in 1914, but virtually no work has been done on the anarchist response. This is despite the fact that all of the belligerents hosted anarchist groups and dissidents, and that anarchism dominated what Benedict Anderson called the self-consciously internationalist radical Left in the years leading up to the war’s outbreak. Anarchism 1914-1918  takes a first step toward filling this gap. END_OF_DOCUMENT_TOKEN_TO_BE_REPLACED

Comments Off on New book on the history of Anarchism

Posted on December 11, 2014 | Comments Off on New Book: The Weimar Century

In his study The Weimar Century: German Émigrés and the Ideological Foundations of the Cold War, Udi Greenberg traces the academic and political careers of Weimar émigrés Carl J. Friedrich, Ernst Fraenkel, Waldemar Gurian, Karl Loewenstein and Hans Morgenthau to show ‘that the foundations of Germany’s reconstruction [after WWII] lay in the country’s first democratic experiment, the Weimar Republic. END_OF_DOCUMENT_TOKEN_TO_BE_REPLACED

Comments Off on New Book: The Weimar Century

Adorno and Benjamin: Archetypes of ‘the Critic’

Posted on September 9, 2014 | Comments Off on Adorno and Benjamin: Archetypes of ‘the Critic’

The New Yorker has an interesting essay on the lasting influence of Theodor Adorno and Walter Benjamin and on the ‘modest resurgence’ the Frankfurt School is enjoying in contemporary magazines such as n+1, The Jacobin, and The Baffler: ‘Between them, Adorno and Benjamin were pioneers in thinking critically about pop culture — in taking that culture seriously as an object of scrutiny, whether in tones of delight, dismay, or passionate ambivalence. … One great contribution that they made to the art of criticism was the idea that any object, no matter how seemingly trivial, was worth a searching glance.’

Comments Off on Adorno and Benjamin: Archetypes of ‘the Critic’

Posted on May 30, 2014 | Comments Off on New Approaches to Weimar History

Two recent conferences in Germany have focused on new historical approaches to the study of the interwar years. At Neue landesgeschichtliche Ansätze zur Erforschung der Weimarer Republik in Munich, delegates discussed new approaches to the Weimar Republic informed by regional history. The conference Aktuelle Forschungen zur Nachkriegsgewalt 1918-1923 in Marburg broadened the focus to Central Europe, exploring new studies to the role of violence in postwar societies.

Comments Off on New Approaches to Weimar History

In the current issue of Zeitschrift für Geschichtswissenschaft (ZfG), Robert Lorenz writes about Robert René Kuczynski, a Weimar-era intellectual, who later worked at the London School of Economics and became an adviser for the British Colonial Office.

The current issue of Mittelweg 36, the journal published by the Hamburg Institute for Social Research, features an insightful article on the reception of Keynes’ work in the Weimar Republic:

END_OF_DOCUMENT_TOKEN_TO_BE_REPLACED

Comments Off on Journal Review: Mittelweg 36, 3/13

Posted on April 2, 2013 | Comments Off on Series on Frankfurt School

Peter Thompson, director of the Centre for Ernst Bloch Studies at the University of Sheffield, is writing a series in The Guardian about the Frankfurt School. It might be useful to anybody teaching the subject to pass on to their students as introductory read.

Comments Off on Series on Frankfurt School 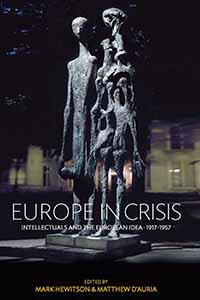 Europe in Crisis, a collection of essays on the intellectual origins of the EU edited by Mark Hewitson and Matthew D’Auria, includes some very interesting articles on the debate about the ‘European question’ in the interwar years:

‘The period between 1917 and 1957, starting with the birth of the USSR and the American intervention in the First World War and ending with the Treaty of Rome, is of the utmost importance for contextualizing and understanding the intellectual origins of the European Community. During this time of ‘crisis,’ many contemporaries, especially intellectuals, felt they faced a momentous decision which could bring about a radically different future. END_OF_DOCUMENT_TOKEN_TO_BE_REPLACED

Comments Off on The ‘European Question’ in the 1920s

Posted on March 4, 2013 | Comments Off on CfP: Catholic Intellectuals in Weimar Germany

The conference ‘Siegkatholiken’, Kulturpessimisten, ‘Gegenintellektuelle’? Katholische Kultur- und Zeitkritik in der Zwischenkriegszeitaims for a revaluation of Catholic intellectuals of the interwar years beyond cultural pessimism. One-page abstracts  of 20-30-minute talks should be sent to the organisers until 15 March 2013.

Comments Off on CfP: Catholic Intellectuals in Weimar Germany

Bernhard Dietz’s new study on British ‘Neo-Tories’ adds much-needed insight into the neglected social and cultural history of interwar Britain (which Richard Overy’s Morbid Age has started to draw attention to). Dietz describes British conservatives of the 1930s as an equivalent to the German ‘Konservative Revolution’, sympathizing with Italian fascism and cultivating an antifeminist ‘ideology of masculinity’.