Posted on July 17, 2017 | Comments Off on Weimar Studies Network has moved!

The Weimar Studies Network has moved to the Hypotheses domain and can be reached at https://wsn.hypotheses.org/.

Comments Off on Weimar Studies Network has moved!

Posted on March 4, 2018 | Comments Off on Rare audio material of Weimar parliamentary debates

Public broadcaster SWR has digitized debates in the Reichstag which had been recorded by the Berliner Rundfunk between 1931 and 1933, from budget debates to discussions about unemployment and Hitler’s speech after the burning of the Reichstag. The material runs 24 hours in total and documents the deteriorating political culture in the German parliament.

Comments Off on Rare audio material of Weimar parliamentary debates 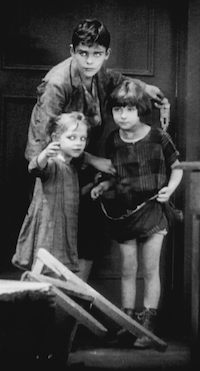 Weimar film fans have something to celebrate in 2018: the Berlin Film Festival Berlinale has just announced a whole section devoted to Weimar cinema next year, from Georg Lamprecht’s gritty proletarian drama Die Unehelichen (1926) to  Friedrich Dalsheim and Gulla Pfeffer’s ethnographic documentary Menschen im Busch (1931):”The Retrospective of the 68th Berlin International Film Festival will focus on the great variety of cinema in the Weimar era. Some one hundred years ago, at the end of World War I and the dawn of the Weimar Republic, one of the most productive and influential phases in German filmmaking began unfolding, a creative era that went on to shape international perception of the country’s film culture, even to the present day. For “Weimar Cinema Revisited”, the festival will present a total of 28 programmes of narrative, documentary, and short films made between 1918 and 1933. … Most of the silent film screenings will be accompanied by music played live by internationally renowned musicians.”

Comments Off on Weimar Cinema at Berlinale 2018

Posted on June 7, 2017 | Comments Off on Exhibition on Alfred Flechtheim

Alfred Flechtheim, the art dealer who brought Picasso to Berlin and founded the magazine Querschnitt, was one of the most important figures of Weimar Germany’s cultural scene. 80 years after his death, the Georg Kolbe Museum has put on a show about his life and work, featuring works by the artists he represented: END_OF_DOCUMENT_TOKEN_TO_BE_REPLACED

Comments Off on Exhibition on Alfred Flechtheim

Posted on June 1, 2017 | Comments Off on SPD newspaper “Vorwärts” online

Vorwärts, the “Zentralorgan der Sozialdemokratischen Partei Deutschlands”, is being digitized. Since April, the years from 1918-1933 are available online. The archive is fully searchable and pages can be downloaded in PDF format.

Posted on May 31, 2017 | Comments Off on CfA Special Issue: Women’s History of the Weimar Republic

ARIADNE, the journal published by the Archive of the German Women’s Movement, is inviting contributions for a special issue on the “female history/ies of the Weimar Republic”. The editors aim to present the different female lifestyles and social realities and ask which role women played in the new state.

Proposals have to be submitted before 1 July 2017 to schibbe@addf-kassel.de.

Comments Off on CfA Special Issue: Women’s History of the Weimar Republic

Posted on May 30, 2017 | Comments Off on German Centre for Weimar Research

In August 2016, the Friedrich Schiller University in Jena established the Forschungsstelle Weimarer Republik, a “central platform for German and international Weimar research”. Funded by the Ministry of Economy, Science and Digital Society of Thuringia, the new research centre hosts a yearly conference, organises regular workshops for early career researchers, awards prizes for research publications (from BA theses to Habilitationen), and publishes a series on Weimar history.

Comments Off on German Centre for Weimar Research 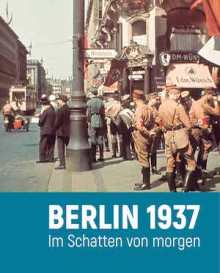 “Give me four years’ time” – with this slogan Hitler promised a total transformation of German society in 1933. The new exhibition Berlin 1937 at the Berliner Stadtmuseum looks at daily life in the German capital after Hitler’s four years and “the National Socialist dictatorship had permeated every aspect of German everyday life”: “What was the city like for its residents as they went from their homes to school or to work, to the church or to the synagogue, to air raid exercises or to dance? What changed under Nazi rule; what stayed the same? What were the consequences for individuals and for societal groups? And: To what degree was it possible to recognise the system’s criminal nature before the war and the Holocaust began?”

Comments Off on Exhibition: Berlin 1937

The FAZ and regional broadcaster Bayerischer Rundfunk have teamed up for an essays series on the topic of “Weimarer Verhältnisse?” (Weimar conditions): a group of distinguished historians of the era, including Andreas Wirsching, Ute Daniel and Hélène Miard-Delacroix, consider the reasons for Weimar’s collapse and its lessons for today, from democratic breakdown to economic policy.

Comments Off on Weimarer Verhältnisse?

Posted on May 9, 2017 | Comments Off on Radio Feature on Marlene Dietrich

To commemorate the 25th anniversary of Marlene Dietrich’s death, Resonance FM repeated Marlene Dietrich – Beyond Top Hat and Tails, a radio feature we posted about before. It is available to listen online until 13 May.

Comments Off on Radio Feature on Marlene Dietrich